An interview with Paul Barham 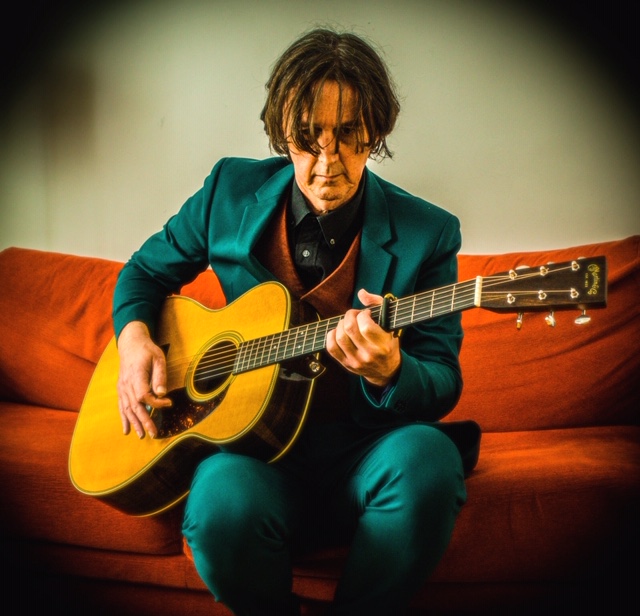 Did you know that over the years one of the English teachers at Eurolingua built up a parallel -and distinguished - career as one of the most appreciated guitarists and songwriters of the Córdoba scene?

After twenty-seven years in Andalucía and a lead role in a number of bands, ploughing a lone furrow within the local underground scene, Paul Anthony Barham has finally decided to go it alone. A collection of songs with a number of eclectic yet very well-defined cultural and artistic influences, his album “8-Track Mind EP” was released at the end of March.

From the kitchen sink movement that defined British cinema in the 1950s to echoes of Lou Reed and P.i.L., from Bowie (“It Doesn’t Matter” carrying notes of the “Kooks”-era) to The Kinks, and from The Jam to the Smiths-like flavours of “You Might”, listening to Paul Barham’s debut album is like a poignant trip through the most inspired chapters of the last 50 years of British music and art history.

There are even references to one of the most brutal moments of 20th-century UK political history, with the folksy “Wood Came Down” recounting the 1984 miners' strike - a year-long struggle that marked an entire generation of British people.

“Even though I've lived in Spain for more years than England, I suppose I've maintained the "essence" of Britishness (whatever that may be) and cultural roots run deep", says Paul. "You can take the boy out of Leeds, but you can't take Leeds out of the boy, haha. I still follow British culture very closely. Contemporary and past music, film and literature”.

Given Paul Barham’s history, some listeners may wonder why his album doesn’t carry more obvious punk overtones. And while that may be the case musically, it does have a punk aesthetic in that it's an independent, d.i.y. and be yourself attitude.

“I'd never been very prolific as a songwriter before”, Barham points out, “but about this time last year I was without a band and just jamming alone at home with the acoustic I wrote about 15 songs in the space of a few weeks”. And so he recorded at home: acoustic, electric guitars and vocals, thinking of just posting a homemade demo online.


But then, this is what happened: “A great friend, Juan Valera, who has a studio, 'Estudios el Doblao', and is a multi-instrumentalist, heard the demo and suggested we add other instruments in the studio. So, last July we met up in his studio and recorded the other instruments on top of the original recording, making it up as we went along.”

And that’s how Paul Barham came up with an authentic masterpiece, one that no doubt would have turned heads aplenty in many a quarter, if only it'd been released at a more prosperous time for the music industry. “Because there are so many other offers and distractions today, fewer and fewer people are getting into music, obsessively collecting”, he observes. “Music is a throwaway commodity these days, people sort of chew it and spit it out, like a chewing gum. They  don’t really savour it. They tend to listen to playlists and one-off songs. They don’t sit down and listen to an album from start to finish, which I love to do”.

And yet, dear reader, not all is doom 'n' gloom. Because, while the cultural weight carried by  7” singles and LPs may be on the wane, living in 2020 at least means that ease of access is guaranteed, with  “8-Track Mind EP” readily available here.

Also available online is the video of his “Saturday Matinee” (take a peek here), ingeniously conjured up and edited by his own daughter Elisa. “That particular song is inspired by the John Osborne play/film The Entertainer, starring Laurence Olivier”, Barham tells us. “It’s the story of an aging, bitter, semi-alcoholic actor/performer in musical hall production with dwindling numbers and difficulties to find finance. It also touches on the emergence of the teenager with money to spend and the birth of R n R, both of which played their part in the demise of the Musical Hall tradition”.

In order to find out more about Barham's art and inspiration, we thought we’d hand the microphone to our English-speaking staff at Eurolingua. You can’t get any more “teamwork” than this. Each of them prepared a question or two for Paul to answer. Here they are.


QUESTION: What  do you miss the most about the UK? (Molly, Manchester, England).

PAUL: Apart from the obvious (family/friends), the pubs, the number of music venues/gig opportunities, record shops, book shops, second-hand shops... the seaside, the sense of humour...

Q: In your opinion, how is the North of England different to the South of Spain and do you think there are any similarities? (Molly, Manchester, England)

P: There is a world of difference on all levels. However, they have an expression in Spanish, "gente salada" (down to earth, honest people with a very particular sense of humour). I think both share that.

Q: How old were you when you realised that you loved music? (Emma, Bexhill-on-Sea, England)

P: The radio was always on at home and I would become obsessed by certain songs. The earliest memory I have of that would be Hey Jude (1968, so I was 4). I stopped in my tracks everytime it came on the radio, apparently. Many more examples, but another that had the same effect was Life on Mars by Bowie. It was so different to the rest of the pop music of the day, lyrically and musically. To this day the song still hypnotises me.

Q: Was it difficult to make your way into the music scene here in Córdoba? (Kelsey, Seattle, USA)

P: As I didn't know anyone when I first arrived in Córdoba, I began by playing solo acoustic sets and through that I met like-minded musicians. However, Córdoba is not the best place for attracting crowds given the styles I have played (punk, blues, indie rock-pop). It's not a natural fit with the musical history and culture here.

Q: Have you ever given flamenco guitar a go? (Claude, Birmingham, England)

P: When I lived in Badajoz in the early 90s, I took flamenco guitar lessons with a gypsy guitarist I knew. I was more interested in the technique than in becoming a flamenco guitarist, but it was difficult for me. Especially the right-hand rhythmic technique and the different "compas" (the structure/number of counts per bar). 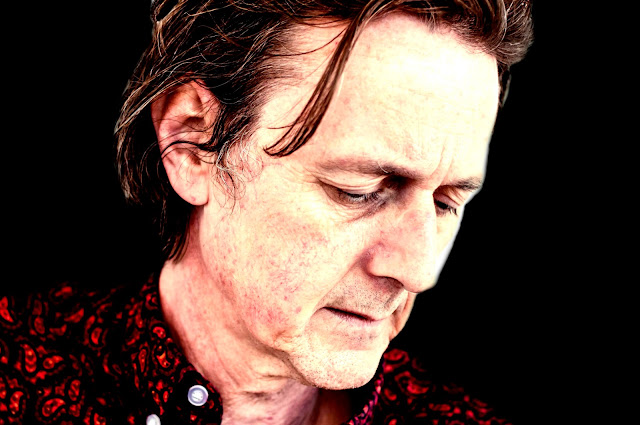 In Córdoba I took it up again briefly with an English friend Jeremy, who plays like a native flamenco player, but the distractions of playing other styles interfered and I lacked the necessary discipline to really dominate it (though that was never the intention), though it did give me a good understanding and appreciation of the genre.

Q: If you could choose one artist or group to mentor you (current or past), who would it be and why? (Kelsey, Seattle, EE UU)

P: As a mentor I would choose someone who could guide me in song composition, do for their originality and diversity, both musical and lyrical, it would be a tough choice between Lou Reed, David Bowie, Nick Cave, Tom Waits and Bob Dylan (with Lennon/McCartney maybe getting a look in). Joe Strummer too is a strong contender. Most people only know him for his work with the Clash, but his later solo material mixed all kinds of ecclectic styles and lyrically he had the attitude and the turn of phrase. Still though, the winner would probably be Ray Davies from The Kinks...!

Q: What tips would you give someone wanting to take up the guitar? (Emma, Bexhill-on-Sea and Pete, Stockport, England) 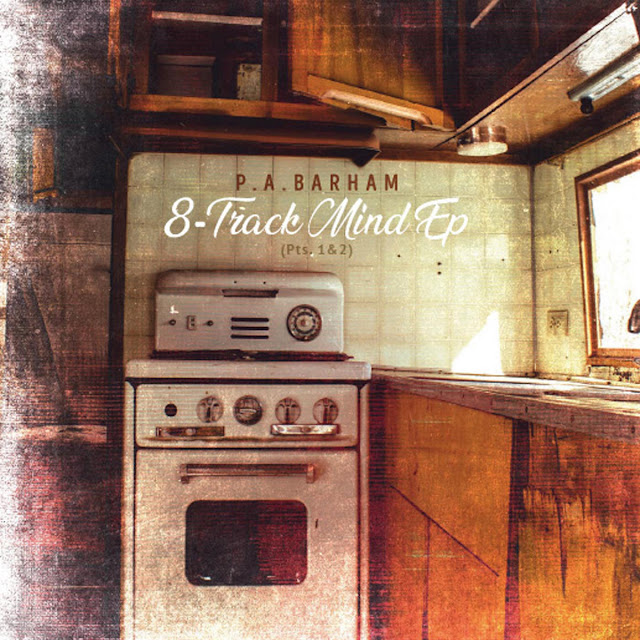 P: Play til your fingers bleed! Play along to songs you like. It's so much easier today with tutorials on youtube, chords available online etc. I had to learn by ear (I still can't read music score). Just sit with it, make sounds with it, experiment. Depends on the instrument, of course, but with an acoustic guitar that's how I began to learn, picking out melodies on one string, then progressing to chords. classes are fine, but you've got to have the drive/will to learn it.

P: Any music of an artist I like will relax me, from punk to acoustic folk, as I just get lost in the song(s), time disappears and the only moment is the then and there. Same with performing. You get totally lost in moment.

Q:  How do you feel music genres have changed over the last 25 years? (Alec, Edinburgh, Scotland)

P: Speaking of genres on a more general level, I'd say that the lines have become more blurred in the last 30 years. There was a clear progression from 50s Rock 'n' Roll, through to 60s beat/pop, psychodelia, to 70s glam then punk and so on, which were normally the product (musical, sartorial) of youth sub-cultures and urban tribes. I don't see such clear lines of distinction today.

Q: When you write a song, do you first choose a theme or topic and then begin work on it or does the inspiration come to you 'from the ether' in the form of a song "asking to be written"? (John, Glasgow, Scotland)

P: I invariably follow the same process. Sat on the sofa "doodling" on the acoustic, a riff or chord sequence comes out and I'll get a melody line in my head. The lyric nearly always comes last. The I'll polish the composition (how many verses before first chorus, where to include a middle-eight, how to end, etc).

Q: Have you had any funny/strange/memorable experiences with fans or people in the audience? (Rob, Gloucestershire, England)

P: The typical ones, like hecklers. I learned quickly how to deal with hecklers early on. Give an acid reply and straight into the next song before they have a chance to come back at you. I learned that from watching Joe Strummer, having seen The Clash live a few times. Once, many moons ago, while busking in the centre of Leeds, an old lady stopped me mid-song, handed me 50p and said, "get some singing lessons, love". I didn't have a come back for that one!

Q: Do you have a name for your guitar? Do you carry a lucky charm on you when you perform? (Iselin, Christchurch, New Zealand )

P: No, I don't have a name for my guitars (I have 9) and I don't have a lucky charm or a set ritual before gigs. Sorry, I wish I could give a more interesting answer, haha!

Q: Are there any new bands/musicians who you enjoy? (Alec, Edinburgh, Scotland)

P: A current artist I really admire is Ezra Furman. I flew to England to see him play at a festival last summer. It was a small festival with loads of up and coming young bands. Brilliant.

Q: If you could only listen to 3 albums for the rest if your life, what would they be? (Lorraine, Bristol, England)

P: Almost impossible to answer. It would change by day/week, depending on my mood. I've been nominated several times in the last few weeks by friends on Facebook to do the "name one album a day for 10 days. One that has inspired you, etc...", but the task to choose 10 seemed so daunting that I haven't participated. But, given that you ask (but don't hold me to it) today I would say the first album by the Velvet Underground, Hunky Dory by David Bowie and maybe Never Mind the Bollocks by the Sex Pistols (for when I really want to let off steam!)

Q: What song would you say is your “guilty pleasure”? A song that you like but wouldn’t admit to liking. (Alec, Edinburgh, Scotland)

P: Haha, you want the skeletons in the closet! Maybe Mr Blue Sky by E.L.O or something by the Carpenters. It's nostalgia. Reminds of the cassettes my dad would play on long car journeys.